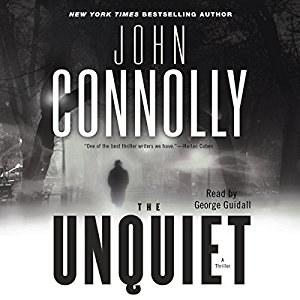 Book 6 of the Charlie Parker series

In this installment in the series Charlie finds himself involved in a case that centers around child abuse. Someone is stalking Daniel Clay’s daughter and wants information from her about her father that she doesn’t have. Daniel Clay disappeared several years earlier and has been declared dead by the courts. Before he disappeared, there were accusations of child abuse surrounding him and his work as a child therapist. John Merrick’s daughter disappeared at about the same time and he is convinced that Daniel Clay was involved. He was in prison when it happened but now he’s out and he wants revenge. Parker has been hired to scare Merrick off but in the process sets out to find out what really happened to Daniel Clay. He uncovers other children who were abused by “bird-men” and finds a hornet’s nest of evil lurking in the darkness.

If you follow me, you know how much I love this series and this installment continues the greatness that is Charlie Parker. In addition to a great story, we have George Guidall as the narrator, one of my favorites. He always brings a depth and richness to the storytelling that I love every time I listen to one of his narrations. Of course, Lewis and Angel are back, though they didn’t seem to be quite as prominent this time. Rachel didn’t appear nearly enough in this story which I really missed. This is a dark story about child abuse which could be a problem for some readers, so a note of caution there. As always the story is complex and full of twists. There is a host of secondary characters that add to the richness of the story itself. All in all, this is a great book, though it’s not my favorite of the series so far. Readers who love thrillers and mysteries should really enjoy this one and I highly recommend the audiobook version.